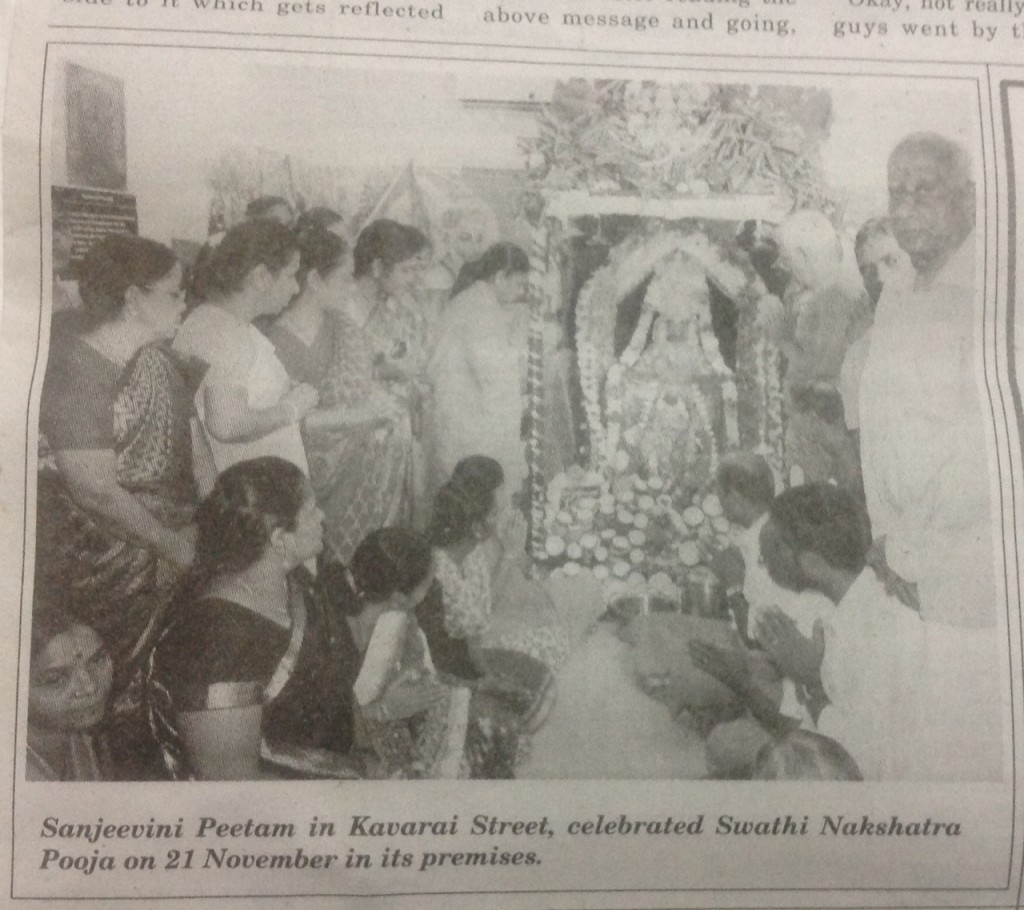 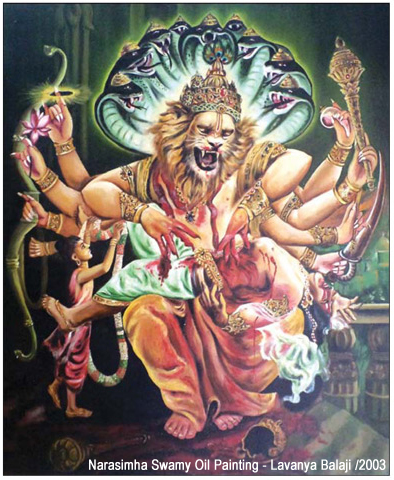 Narasimha has always been related to power and victory.Nrusimhaavathara has attained a rare significance and importance.It was an instant avathara, called as Aavesaavathara (no prior preparations were made) where the Lord Narasimha appears in a very ferocious and fascinating form.Narasimha Avathara is referred to as a very powerful, precious avathara and the Lord Narasimha is depicted as a great protector at the time of need. He is the God of Gods.He is Mrithyu for the Mrithyu (one who eliminates the death cycles) Sri Vishnu Sahasra Nama describes Lord Vishnu as “NaarasimhaVapu Sreemaan Kesavah Purushothama” meaning He is the one who has taken a rare and unique form of a man and a lion whose worship will eradicate the ignorance, possessor of Goddess of wealth Sri Maha Lakshmi who always dwells in his chest, one who has beautiful and charming hair, the giver of knowledge to Gods, greatest among all Purushas, the Supreme Soul, who is omnipotent and omniscient.Significance of Narasimha Jayanti One significant aspect of Narasimha-Avatara shows Lord’s unparalleled ferocity matching His gentleness towards His devotees.